Before Hollywood, Notting Hill was described by its residents as a sleepy town. There were barely any people on the streets, even on weekends. Nobody was interested in Portobello Road. It was far from the glamour and popularity of Chelsea and Primrose Hill.

Everything changed when Notting Hill, the 1999 Richard Curtis movie, came to the cinemas. Overnight, Notting Hill has become one of London’s most iconic places. Even now, more than two decades after the movie’s release, Notting Hill still welcomes hoards of tourists that want to live in the shoes of a simple bookseller and the most famous woman in the world.

The Notting Hill Bookshop has been around since 1979, when it sold travel books to the travel enthusiasts in London. It gained international fame when the movie was launched. Its interior had been copied in the film. Since then, they have had visits from thousands of fans from all over the world. In fact, on a single Saturday, the bookshop sees about one thousand people outside its doors. And even if everybody wants to get in and feel some of the romance, the bookshop simply can’t manage the number of people. 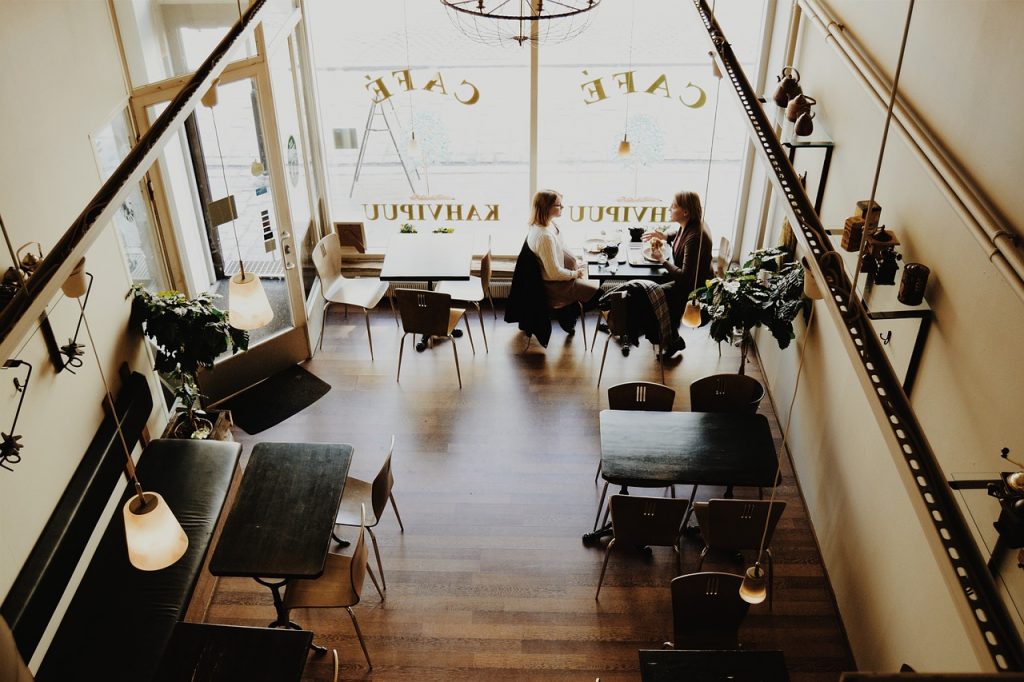 Next to 221B Baker Street, the Blue Door on 280 Westbourne Park Road, Notting Hill is probably the second most famous address in London. This is the home of Hugh Grant’s character. Although the scenes inside the flat are filmed in a studio, the exterior scenes were filmed in front of this very door.

When its popularity soared, the owners of the flat painted the door black to drive away attention from the movie’s legion of fans. But it was once again restored to a striking blue color, which has inspired everything from flooring to kitchen cabinetry.

In 2017, the flat is valued at around £5 million. The original blue door was auctioned off for about £6,000 at Christie’s for charity and is now located in Amsterdam. But a lot of tourists still flock to this new royal blue door to take pictures. And the businesses around them are always filled to the brim with customers.

The film’s climax takes place in the splendid turquoise ballroom, where a massive press conference for Julia Robert’s character was held. The filming location is the Lancaster Ballroom at The Savoy, a luxurious hotel in London. According to hotel executives, guests and visitors of The Savoy often ask about the film, and they always show them the grand ballroom.

Most people would think that, after twenty years, the magic of the film would have faded away and that Notting Hill would have reverted to being a sleepy village. But the legacy of the film endured and, with it, the fame of this little neighborhood.

For so long as a new generation of audiences watches the film, Notting Hill will remain in the public’s imagination.